The pronoun “us” is often used to represent the connection between two persons or that within a collective. Yet what are the dynamics and synergy that develop between spaces to create “us”? Do “us” refer only to human relations? What about connections between people and their physical environment? Yellowren Arts Festival 2014 brings you “Between Us,” an experience for all to create conversations, break barriers, appreciate simplicity or bridge emotions that may just lend meaning to our daily interactions with others, objects and nature.

‘Between Us’ is an experience for all to create conversations, break barriers, appreciate simplicity and bridge emotions that may lend meaning to our daily interactions with others, objects and nature. The festival features an array of art forms, exhibitions and workshops including digital animation paper quilling as well as local artists including 53A, JJ and The Paperplanes, The Sets Band and White Noise Quartet.
The festival in Tokyo was held at the Design Festa Gallery in Harajuju and it was exciting to witness a growing collaboration between the Singapore and Japanese artists in the second year of the Yellowren Arts Festival. 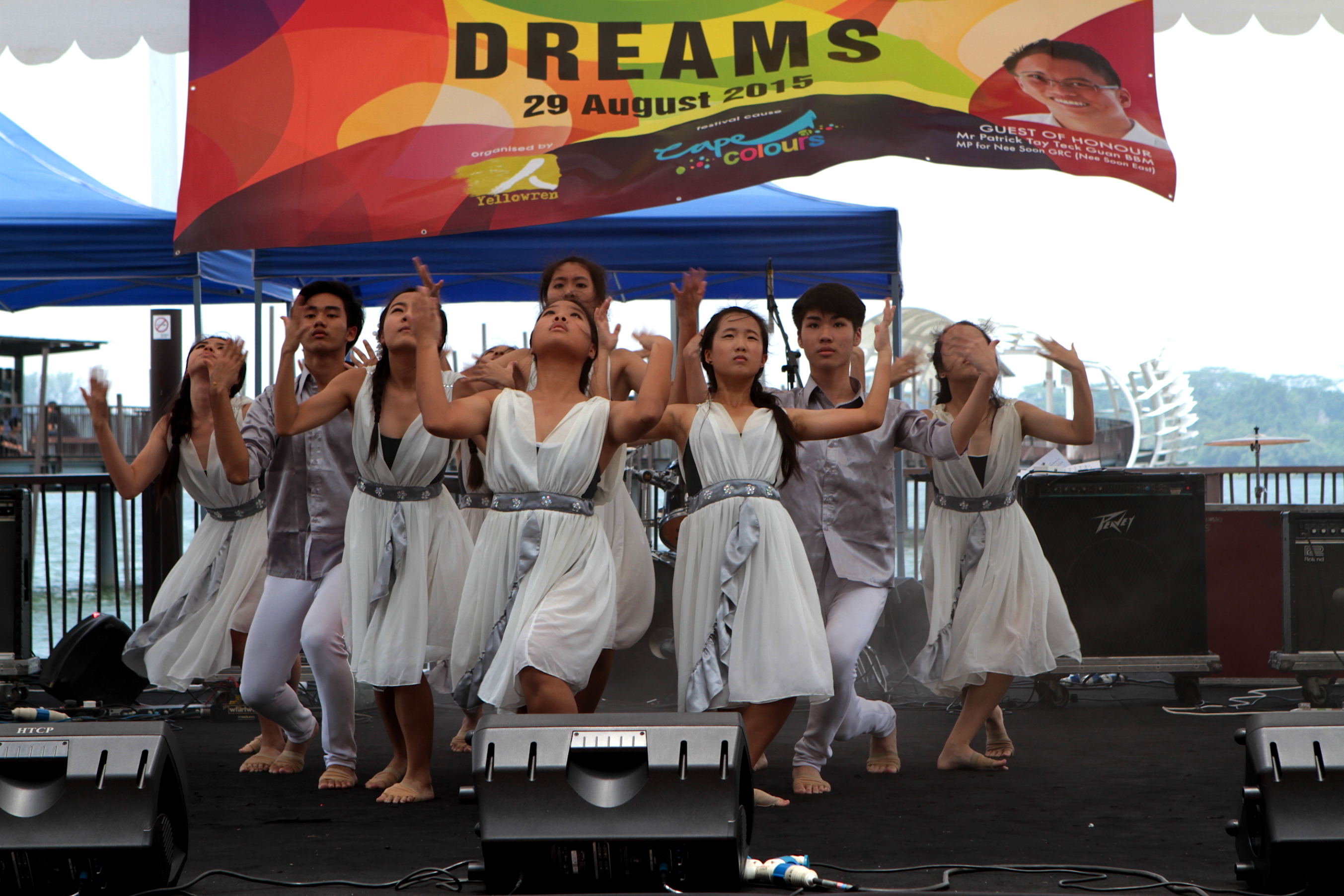 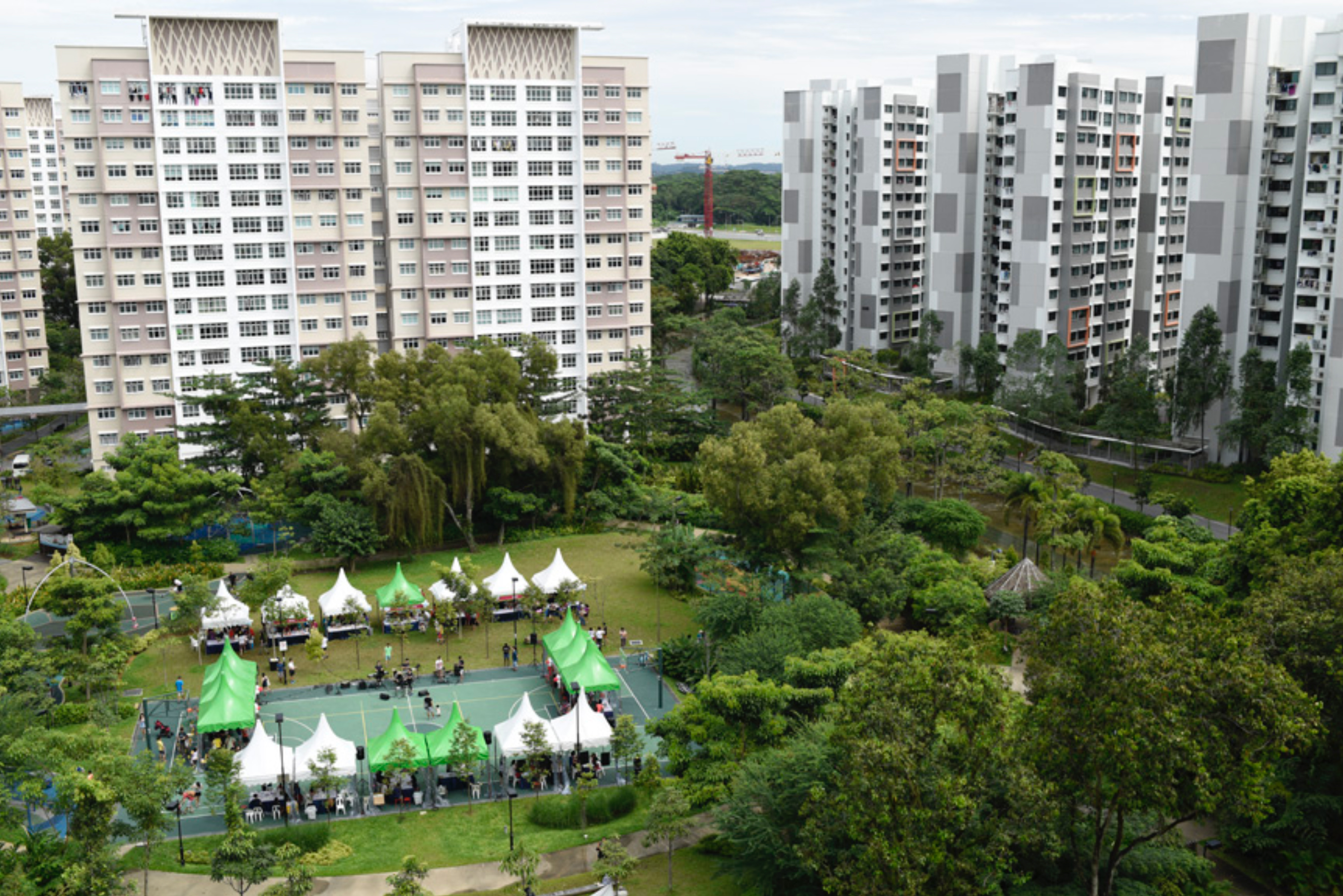 To connect with the community, the arts festival expanded its fringe activities and started Arts Square in 2015, bringing arts into the heartlands at Yishun Nature Park.

Cape of Colours (www.capeofcolours.org) is a registered charity that strives to build the dreams of students in need to develop their full potential through education.  Cape of Colours offers financial aid, award scholarships, provide free tuition and forge partnerships with schools. Cape of Colours is the festival cause and beneficiary of Yellowren Productions. Visit their booth to learn what they do and how you can support their cause.

Mr Tay Teck Guan (BBM), was trained in Law at the National University of Singapore. He has served as the Assistant Secretary-General of the National Trades Union Congress (NTUC) since 2014. Mr Tay is also the Member of Parliament for Nee Soon GRC.

Jeremy Chia studied at Curtin University of Technology, Western Australia, where he earned a degree majoring in Multimedia Design and a postgraduate diploma in marketing. Prior to his tertiary studies, Jeremy worked as a Project Coordinator in Pico Art International, handling the production and installation of cosmetic counters of international brand names such as Estee Lauder. In 2011, Jeremy obtained the Master of Fine Arts in Animation and Digital Arts from Tisch Asia – New York University School of the Arts. He is also one of the animators for the TV series “The Diary of Amos Lee” which aired on Mediacorp’s OKTO channel. Jeremy appreciates the opportunity to work with different artists and contributors to the arts. They represent diverse perspectives but share the common purpose of communicating and empowering.

Chu Wei started his journey in arts since a tender age of 6 with strong influence from Chinese painting. Having graduated with a degree in Design from RMIT, he undertook numerous positions with designing house and eventually started his business in the retailing of designed apparel.  Chu Wei is the founder of PUNKSTAR, a well-established fashion brand in Singapore that fuses art and fashion for the young and trendy.

Special thanks to the main sponsor, artists, volunteers, and the following sponsors: